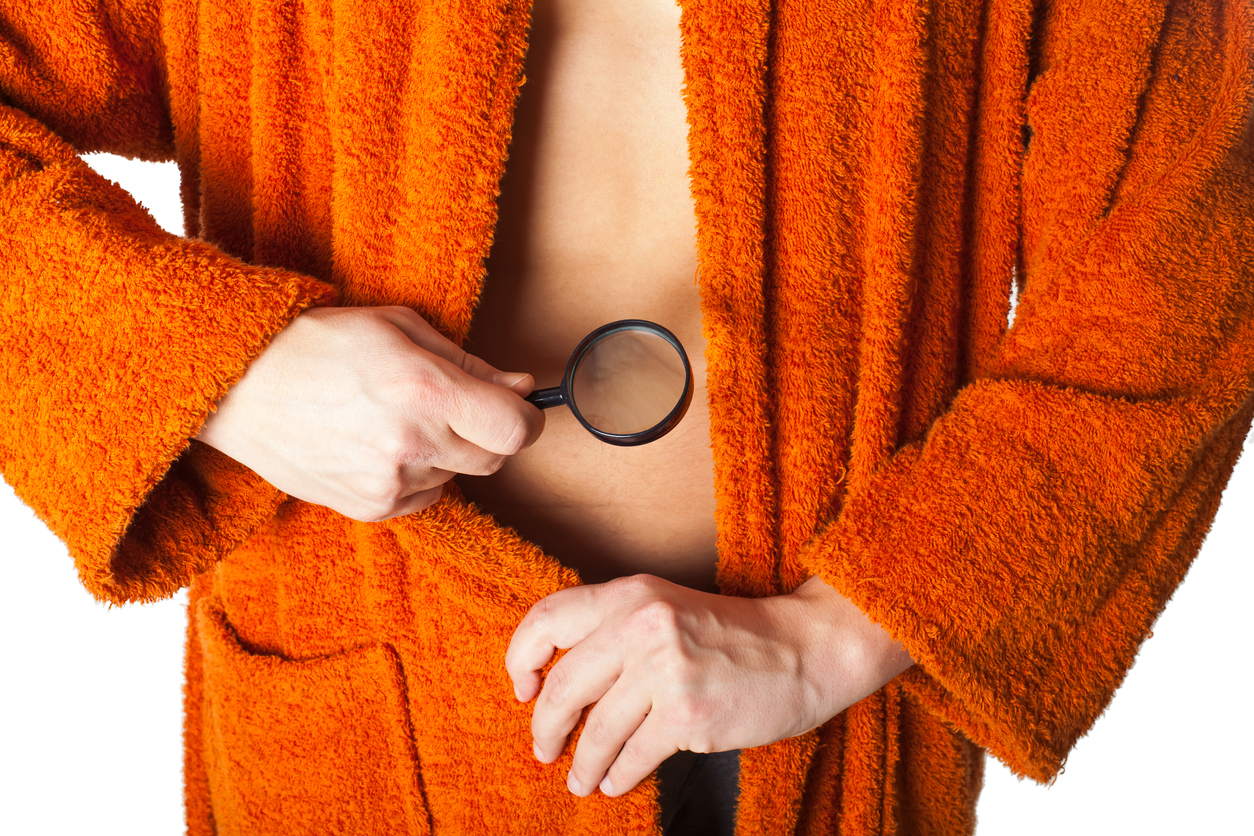 Noticing the lump now is pretty easy. It slaps against my right thigh with every step forward and, if wearing loose underwear, I occasionally sit on it too. This is very noticeable. And it bloody hurts. It wasn’t this obvious from the very start though, and I often question whether I could have done more to detect the lump even sooner than I did.

My Relationship with My Balls

I am not afraid to say I have quite a good relationship with my meat and two veg. I see my balls more often than I see most of my family and that is no joke. It’s good to know your balls! I play/examine/scratch/let others play with my balls as much as I possibly can. Have you ever tried pulling your ball sack back over your penis, to make it look like it has a turtle shell? Try it – it’s hilarious!

Obviously (perhaps) I am joking, but in all seriousness, checking your testicles regularly is super important and could one day save your life. Despite the fruit-sized testicle I am carrying around with me, the doctors have told me that all the signs and tests so far show my tumour is in the early stages.

Despite all this, I wish I could say that I noticed a gradual swelling or that I saw the lump develop from nothing into the satsuma it is now. But the truth is, I didn’t. I have a good relationship with my testicles but it’s not like I check them with medical precision on a daily basis. It’s almost as if it wasn’t there one day, and it was there the next.

I first noticed a slight swelling to the testicle around the second week of February. At the start of the year, like thousands of others, I started a health kick and got my backside back in the gym. When I say gym, I have some workout equipment in my garage. You know, Covid and all that. Anyway, for whatever reason, this time around the new year’s resolution actually stuck and I’ve been smashing the fitness thing!

Stuck to my weightlifting and diet plan and made some good progress. Gains! I thought the swelling I had found was related to the gym, almost like a hernia or strain type thing. Two weeks later and it’s the size of a golf ball. That quick! Honestly, it went from nothing to mildly concerning within a fortnight.

I stopped working out for a week to see if it went away. When it did not, I called my GP and made an appointment. So in total, there was 3 to 4 weeks between me first noticing a swelling and me calling a doctor.

I say this as a way of offering some reassurance. If you were to see my testicle now, or to feel its weight, you would be forgiven for thinking I’ve had this for months. If you have a large lump then call your doctor, but do not think the worst. A large lump may lead you to think that it’s been growing for ages and you haven’t noticed, but this may not be the case. I noticed mine relatively early and it swelled quickly!

Your Relationship with Your Balls

If you check your balls regularly and call your GP if you do find something abnormal, then you have done all you can. What’s more, the statistics suggest you will be absolutely fine. Statistics cannot help you if you do not help yourself though. Do not put off calling the doctor if you find a lump down there. In the vast majority of cases, testicular lumps end up being non-cancerous. But it will not hurt to get checked out!

Visit the How to Check Your Balls page for more detailed information on what to look out for.

My Lifestyle and Placing Blame

I figured there may be some people who theorise or are interested in whether or not my lifestyle has played a part in me developing a tumour. I smoke, drink, eat fast food and carry a mobile phone around in my pocket quite a lot. Has any of this contributed towards me developing a tumour?

These things have played on my mind a little bit, but the exact causes of testicular cancer are still unknown. This is one of the reasons why research and donations towards research is so important. There are, however, a number of factors that can increase your risk of developing it, apparently.

If you or someone in your family has had it before, it increases your risk of developing testicular cancer. That makes sense. If you’re white and quite tall this apparently increases your risk too. Funnily enough, I am both. Apart from that, there really isn’t much to suggest I could have done more or less of to avoid developing this trouser fruit.

In some ways I wish there were a direct link, like there is for other cancers, such as the association between smoking and lung cancer. If I smoke, I increase the risk of lung cancer massively, and that is something I can stop. If I don’t then the blame is on me. With testicular cancer, it sort of feels like it’s potluck, and there was nothing I could have done to prevent it. There is no blame, which is weird.

Come Back and Read Again Soon!

In the next blog I will talk about the stages of finding out and being diagnosed with a testicular tumour. Basically, everything that followed the phone call to my GP. It has some heart breaking moments and some hilarious moments too! I hope you get the chance to read it and keep up with the rest of the series.